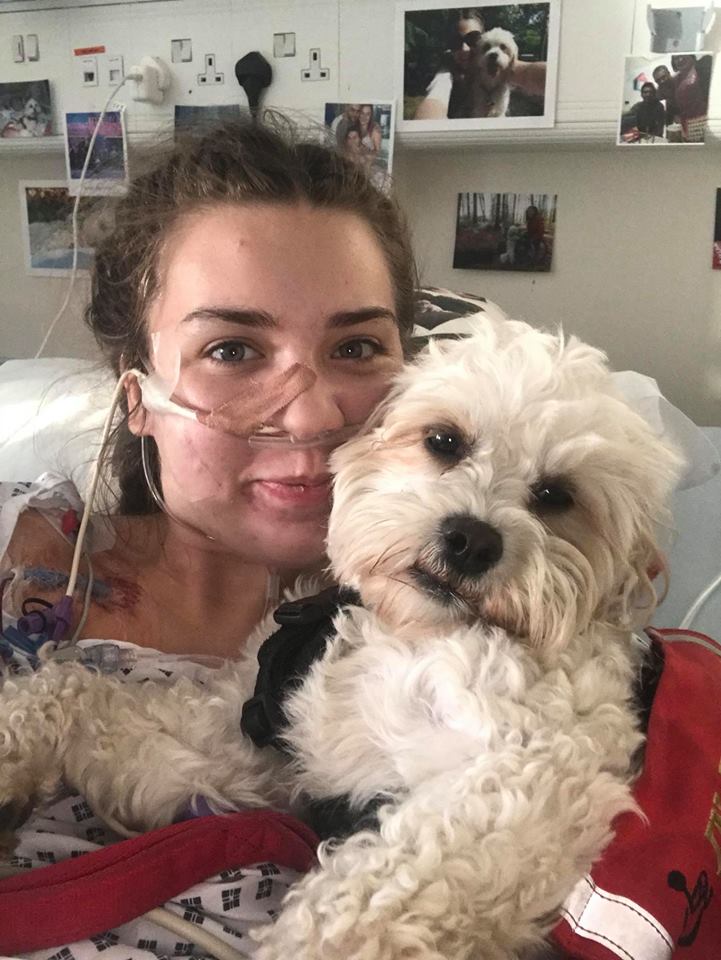 Firstly, apologies this is a little out of sink with timelines, I know it is May 2019 right now but I’ve got very behind with my blogging..

But I’m slowly getting back into it one blog at a time.

So to start with this is a positive, uplifting story for you all about my summer of 2018. It was an interesting one (to say the least), a very warm one indeed I think we’d all agree! Though I wouldn’t really know on that level as I spent the majority of that in one room, or several for that matter but all inside one building so I didn’t see anything of outside for two months. Though I still spent it in shorts and tops, hospital gowns and other fashionable clothing due to the sauna type heating all hospitals seem to have (except ICU which is always freezing!) But although my end of July, August and early September were spent back inside four walls there was a lot I learnt in those two months like a lot of my hospital admissions and I will share some of those highlights, lowlights and darn middle of the night madness with you (but one step, one bit at a time) and ironically I’m actually sat writing this back in the same side room, now in the Spring of 2019, but that’s a whole different story and a different blog so far now I’ll stick with this one, and my multiple beeping machines next to me..

Firstly let’s go back to the beginning and how it all started, 23rd July, it had been a busy day full of appointments both at the hospital for me and the vets for Willow and I remember it clearly because I sat on the vets weighing scale whilst we were waiting as it’s the only place locally I can weigh myself! Every medical place should have weighing hoists and sitting scales but unfortunately they don’t so to the vets it is! However strange it may look to others! Once I got home I was knackered, it had been a tough week, I mean most weeks and days are but I was fighting another kidney infection on top of everything and so my body was even more under strain than normal. I decided that night I was going to make pasta with sauce and vegetables that mum had left in the fridge (now I look back I shouldn’t of made anything at all but hindsight is a great thing isn’t it?) As I finished making the pasta (whilst Willow sat on the floor next to me) I went to carry the saucepan over to the sink and as I did I felt a surge of dizziness come over me and I lost my balance for just a few seconds but it was long enough that the pan of boiling hot water I was carrying spilled out on me and because I’m in a wheelchair I couldn’t jump out the way like someone else might have been able to so the boiling hot water spilled all over me, mainly covering my thighs, legs and feet. I screamed a high pitched yelp of pain, I live with chronic pain 24/7 so I’m used to feeling pain but this was something else! The next thing I remember was waking up on the floor. So to fill in the middle blanks (as I now know what happened) once I passed out I hit my head on the fridge as I went down and was left in a unconscious heap on the floor. During all of this Willow was in the kitchen with me and just to point out Willow wasn’t fully qualified or fully trained as my assistance dog just yet, she was nearly there, but still in training at this point. But we had practiced what to do if I did collapse which was to lay down next to me, stay with me and when I wake up and say ‘find phone’ or ‘find medicines’ she would run and find the phone or medicines etc. But on this occasion I wasn’t waking up so Willow took her own initiative and ran to the last place I was in which was the lounge, hunted around for my phone, found it in the corner of the sofa so grabbed it and ran back with it to the kitchen where she then proceeded to lay on my chest with my phone and as I started to come round I felt her tongue licking my face and pawing at me gently with my phone on my chest.

I can’t explain the pride I felt realising what Willow had done? It didn’t actually sink in till later on when I was in hospital but she saved my life that night because I was on the kitchen floor, with a severe burn, I can’t stand or walk and there was no chance I would have been able to get in my wheelchair again, I had no access to my phone or alarm until Willow found it and because she brought it to me I was then able to call for help and an ambulance was immediately dispatched. Whilst on the phone Willow also fetched my medicines bag and emergency meds and alarm. She was just incredible.

I unfortunately got more unwell as time went on and once in hospital, with a team looking after me in resus I was put into an induced coma and sent straight to intensive care. I then spent the next ten days being cared for there as I also developed numerous infections, sepsis and complications so it was a very tough time. But the teams were amazing and along with Willow they saved my life, kept me holding on and made sure I had a fighting chance.

She really was and is my real life hero and I couldn’t love her more if I tried.

Willow also went on to qualify in September 2018. Here’s my blog on her training, assessments and qualification as a fully qualified assistance dog if you’d like to read more on that – http://ruthsbucketlist.co.uk/2018/10/23/willow-my-fully-accredited-assistance-dog-with-dog-a-i-d-wedidit/

Here’s also two articles that I wanted to share which covered our story once I was out of hospital in the autumn of 2018. 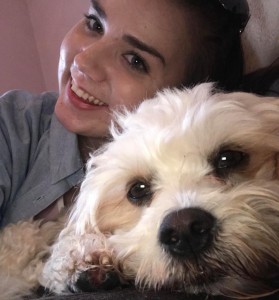 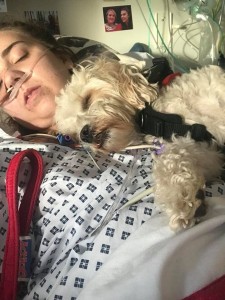 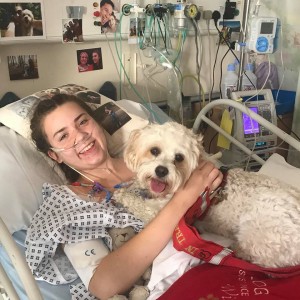