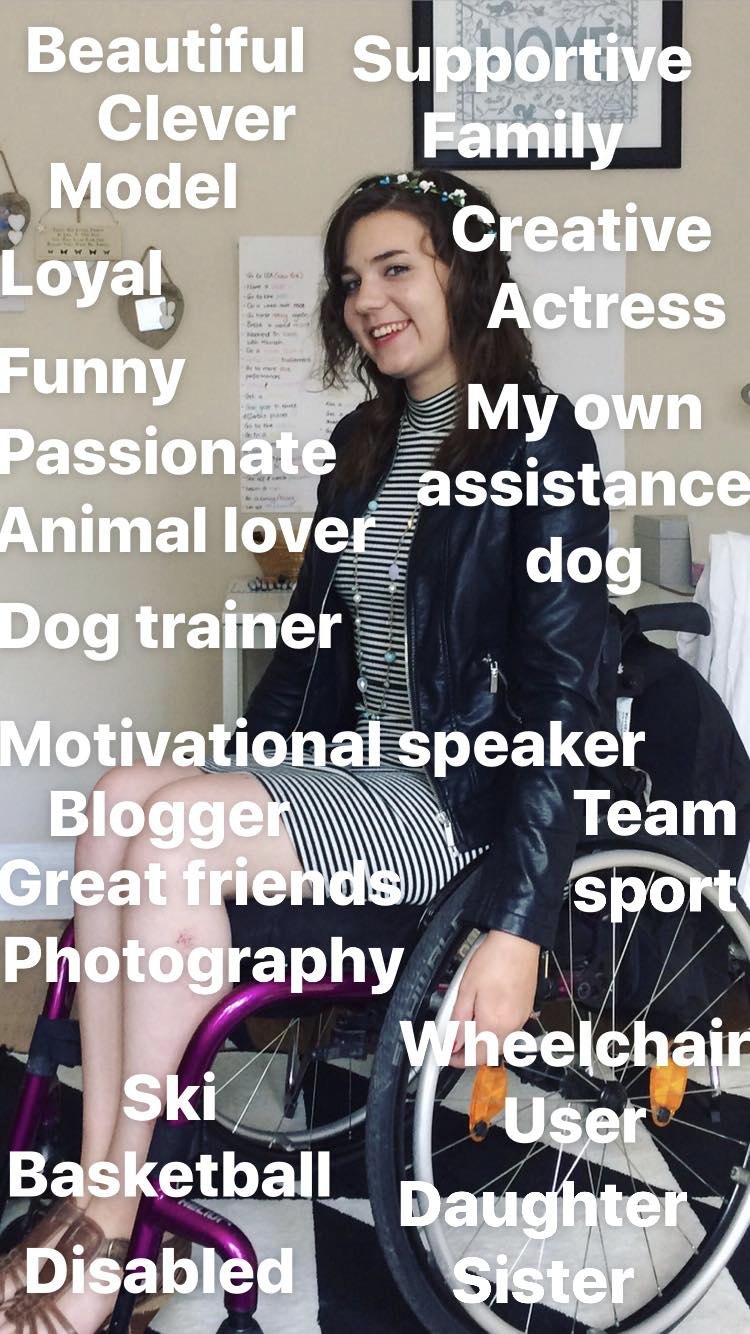 An open letter to the guy who let me go,

I know that sounds like a weird thing to say to start with and especially right now as her heart is still shattered into a million pieces and she’s cried enough tears to form a waterfall but thank you.

You see by breaking her heart and letting her go you have now opened up a pathway for the right guy to come into her life and show her what she has been missing out on, show her what she really deserves and have someone treat her the way a women should be treated, with respect, love and kindness, the kind she’s always giving to everyone else. It’s also the love and kindness she’s showed to you in abundance, never judging or fake she gave her all to you. She was always there at the end of the phone, supporting you through your good days and bad she did all she could to be there. She’s one of the most loyal girls you’ll ever meet and one with the biggest heart you will ever know.

She’s fought life and illness just to be here talking to you today and is doing so right now and that in itself makes her so determined, motivated and passionate about grasping every moment of life and she was willing to share that all with you. She actually did share that with you and those moments you had were beautiful, you were so lucky, you could have had it all and you could have shared so much more of that beauty but instead you threw it all away. She fought so hard for you, on your behalf and your family’s. Even when you pushed her aside, she never left. So why did you think it was so right to act the way you did? She could sit here and cry floods of tears about it, about what could have been, the future we could have had, the happiness we could have made each other and tell no lie she definitely has but from now on she won’t because she deserves better than you and she will get that.

She’s now able to be available to the right guy, to the one who is going to sweep her off her feet and make all of her past heartbreaks and scars make sense. He’s going to treat her with the love, kindness and true respect she deserves. You really lost a good opportunity to experience what true, unconditional love is like and now you won’t know, or maybe you will in the future once you’ve learnt to grow up, mature and treat people, especially women with the respect they deserve but one thing is for certain you won’t be getting that with her. You’ve lost that diamond.

You leaving also taught her what to look out for when she’s ready to get back out again. She will heal, she will get stronger from this and she won’t let it stop her from finding someone who truly loves her for her as she deserves that, especially after everything she’s been through, we all do. You on the other hand have just lost something amazing and that’s your loss and it will be someone else’s gain. However, this and past experiences before that make her cautious and every let down, hurt and break up means she treads ever so carefully when dipping her toes in the water again. Small compliments and nice comments won’t catch her eye, she knows what to look for now and just because you’re talking sweetly and saying everything, she wants to hear it doesn’t mean you mean it, or will stick to your words and in basic it’s not just a load of bull****. But there is also those who do mean it, who are kind, selfless and loving, who are honest, mature and do respect women, who love her just as she is and see more than just her chair, illness and scars. We all have baggage, we all have a past and although hard to find those guys with kind hearts do exist and she will find her own prince charming, one day, it’s just a pity its not you but that’s your loss not hers and one day you’ll probably live to regret it and even if you don’t she doesn’t mind as she’s moving on from you, she deserves better and she’s not going to settle for less.

She now knows how to love herself, because when you’re tossed to the side and broke her heart you also gave her strength, she didn’t realise she had in but now she has it she is rising stronger than ever. It’s so easy to think there isn’t anyone else to love you or who will love you just as you are but you then realise that loving yourself and the ones around you who matter the most is the most important thing in the end.

She can’t expect the next person coming into her life to love her if she doesn’t love herself and she is on that journey just like the rest of the world, women and men, learning to love themselves again after hurt and heartbreak. She won’t let herself be brought down with all the hurt you caused, you don’t deserve to take up that precious time in her head. She needs to embrace those who do love her and realize you were just an idiot that couldn’t get over himself and came up with the crappiest reasons to let her go or none at all if we’re being honest.

She knows that even though she feels like it, she isn’t alone. She has many friends who care and would do anything for her and some have already voluntarily threated to punch you in the places it would hurt so to speak, for hurting her but because she’s as nice as she is and still tries to see the good in people, she won’t let anyone say anything to you, at least not to your face. See after all that she still cares enough to be kind to you? You didn’t realise how lucky you were at the time to have her in your life, you really didn’t.

You are an idiot.

You broke my heart and you didn’t even have the balls to come out and say it to my face or even message. Your loss. You might not see it right now but you will, one day and for me, well I will get back on my feet, or chair as they would say and carry on fighting life as I do, fighting my health daily, living my life to the full in between and spending time with the people in my life who really do love me for me and make me happy in everything I do.

The girl you got to know, the girl you said you were falling in love with is one of the best girls you would have had the pleasure of calling your own. She always puts others before herself and stands up for those who can’t stand up for themselves, she’s kind, caring, smart, funny, witty, beautiful and more. She has a past yes, she has baggage yes, and that’s something she never denies but is she honest about it and upfront? Yes, always and don’t we all have a past, we all have baggage? It’s actually often those who have gone through the hardest of times that tend to love the most and have the most to give. Just a pity you’ll never see that now. She should be cursing your name, wanting to punch you in the face, (tempting as it is) letting her friends rip shreds out of you and flirting with every next guy she sees, but she isn’t. In fact, she still sticks up for you when family and friends bring you down and tell her she deserves better. That’s because she chooses to see the best in people even when they’ve hurt her, even idiots like you who break her heart and trust. What does that say about her? What does that say about you? I’ll let you think on that.

I hope you do miss her, I hope seeing her out and about looking and feeling great makes you feel envy and sting just a little to know she’s happy without you. You shouldn’t have done what you done because if you’d just been honest, just let her in and communicated maybe this letter would be saying the opposite right now. Maybe you could have had the best thing you could have ever wished for, you had it within your reach, within your grasp but you let it go. YOU did that and that’s something you’ll live to regret. You didn’t care about her feelings, well definitely not towards the end, you knew how she felt about you, all the things she told you, how she poured her heart out and put it on the line but instead of carefully picking it up and looking after it you just stamped all over it instead. You didn’t take any of her or her needs into consideration and that’s because you, yes you are selfish and cruel. So, do know that all the tears, hurt and sadness is because of you, her heart has been in pieces because of you. It’s too late to say sorry now, though I’m sure if you did, she’d let you speak as again that’s just the kind of girl she is, kind, caring and selfless, always putting others first.

She’s given you ample of opportunities to rectify the situation and make things right but you haven’t so now she’s being a little selfish and for once in her life putting herself first because it’s not fair being hurt like this, she doesn’t deserve it and she deserves better than you. You can’t and won’t continue to hurt her. She may not have the strength right now but she is gaining it back and it won’t be long before she has the strength to carry on fighting and loving life just like she was before.

You really screwed this one up, even if you can’t see it now, you really did. It’s just too bad you couldn’t see how good you had it because if you did you wouldn’t have done what you did but it’s done now, you did that and you’ll always have to live with it. But what’s the line they always say? One man’s loss is another man’s treasure and that is exactly what she will be.

From a woman who’s stronger than you’ll ever be.