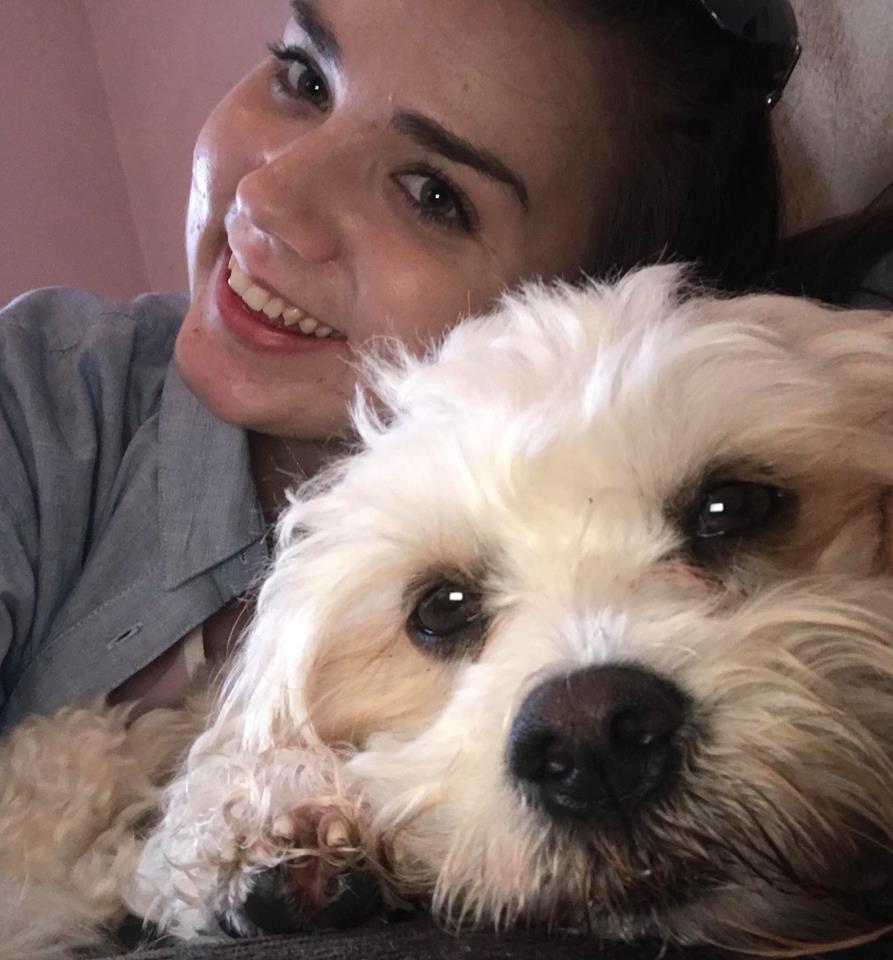 Back towards the end of 2018 I had a very exciting project happening, a very special video was being put together all about myself, Willow, my bucket list and how I believe living life to the full is so important.

The reason I got asked to do this video with the BBC was because of ‘The Real Catwalk’ I did in the summer. To learn more about what this was take a long at my blog on it here..
http://ruthsbucketlist.co.uk/2019/05/27/therealcatwalk/

During the catwalk there was lots of cameras, photographers and filming and I myself along with a number of other women and men got interviewed and filmed. I love public and motivational speaking especially talking about things I’m really passionate about so I really enjoyed speaking to them but afterwards I didn’t think much of it until..

Until I got a phone call early October from David, the lovely journalist from the BBC who had interviewed and filmed me back in the summer at the catwalk. David went on to explain that he and his team loved how much coverage the Catwalk Film got and they wanted to do something similar on body positivity and disability but with individual people this time in their own homes and environments. They had chosen five people and one of those was me! He went on to say he and his editor loved how passionately and confidently I spoke and they really wanted to do something on me as an individual! I felt so honoured! Out of all the people he interviewed that day he and his team had chosen me as one of the five? I was on cloud nine hearing this news!

Next thing you know David is on his way down to visit and film me the next week. I was so excited! Super nervous too! David instantly put me at ease though and after a few moments I forgot about the huge camera in the room staring at me and just focused on David and talking to him. We talked about lots from growing up, to how I felt about body image, self esteem and how that changed within my disability and illness. As well as how I live my life to the full, what started my bucket list, how Willow came into my life and the difference she makes. We talked about it all and it total we talked for over an hour but I obviously knew they would only use a minute or two. As well as filming inside we also filmed a walk to the woods with Willow and showed Willow performing some of her tasks to help me too. It was a wonderful day and a lot of fun! I felt a bit like a film star whilst walking down the street (wheeling with Willow) and David filming me at every angle! Of course Willow was her brilliant self too, she seems to love the camera and just shine when it comes out, to be honest I think she was the golden girl in all of this not me! But a very special day indeed and one I won’t forget!

The next few days after filming though I actually got very poorly and within 48 hours of being filmed I was back in hospital, septic, in resus with a temperature of 41 degrees, my body struggling to fight and showing all the worrying signs I was going quickly downhill. I then spent the next three weeks in hospital fighting another round of sepsis. So thankful as always to the incredible teams and ICU who saved my life once again and kept me fighting. This is the real reality of my illness though, one moment I’m filming with the BBC and then less than 48 hours later I’m back fighting for my life once again.

Fast forward to mid November. I was out walking Willow and I got a call, it was from David so I picked up. He went on to explain that his editor had decided that instead of using all five videos from each of us they were only going to use two or three of them or less which inside I thought ‘oh, that sucks, I wish I was one of the few. But in the end that is showbiz (as they say) and at least I had fun making it/and had an opportunity’. But before I could finish my thoughts David went on to explain that although they couldn’t use my video on body image/body positivity they still wanted to use parts of my video? Cut to me a little confused? He carried on to say that his editor really loved what I had to say about living life to the full, describing disability as a cake (watch the video to understand that analogy) and the incredible attitude I had to life as well as the wonderful work Willow does for me. He continued to say that because his editor and his team loved all I had to say so much that they wanted to make a special video just for me, all about me and Willow.

My face right now was a cross between the biggest smile ever and a very shocked/confused but equally ecstatically excited look!

Would you be alright with that he said?

Yes of course I would, I replied!

So that’s then how this video was born, or made should I say! I felt so, so honoured that they loved what I had to say so much that they made a video (from what David had taken) especially about me and my life, they didn’t have to, not at all but they chose to and not because they felt sorry or pitted me but because they thought I was a brilliant speaker, passionate about what I had to say and had a wonderful outlook on life along with Willow and the incredible work she does day in day out by my side.

This video below is something I am so proud of and something I will always be proud of. It’s mine and Willow’s little legacy and when I’m struggling to get through the day, night or the hardest of days I remind myself of this and when my negative thoughts come in and say ‘you haven’t achieved anything’ I again remind myself.. well just look at this.

Hope you enjoy the film!

Living life to the full

“Life is for living and I'm going out there and I'm grabbing it.” Meet the girl with a life-threatening condition but is determined to live life to the full.#Repost